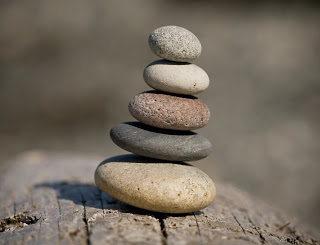 1. a mound of rough stones built as a memorial or landmark, typically on a hilltop or skyline. A prehistoric burial mound made of stones.

“Cairn is a term used mainly in the English-speaking world for a man-made pile of stones…. In modern times, cairns are often erected as landmarks, a use they have had since ancient times.”

I attended a conference in 2010 in Evanston, IL. The topic was trauma; assessment and treatment. Bessel van der Kolk, M.D., who is widely recognized as one of the leading researchers and theorists in the field of trauma, was the presenter. His book, Traumatic Stress*, was available at the conference so I bought it. At the end of the conference he was talking to people and signing his book. I asked him to sign mine and, after talking for a few minutes, he agreed. He signed my copy with his name and the words, “Remember to remember.”

I believe his words referred, among others things, to chapter 2 in his book titled, “Trauma and Its Challenge to Society.” In that chapter he describes the strong tendency throughout society, including the psychiatric profession, to regularly “forget” what we have learned about trauma and victims of trauma. Because trauma can force us to confront the horror of what people can do to each other, the capacity for evil that is part of human nature and our vulnerability as individuals and societies in the natural world, there is a strong urge to put the trauma “behind us” and to “explain” it in ways that reduce our fears. Dr. van der Kolk summarized it this way:

“Traumas provoke emotional reactions in proportion to the degree of threat and horror accompanying them. One way of dealing with these intense emotions is to look for scapegoats who can be held responsible for the tragic event. Family members and other sources of social support can be so horrified at being reminded of the fact that they, too, can be struck by tragedies beyond their control that they start shunning the victims and blame them for what has happened” (p. 27).

Researchers in the area of trauma recognize the “universal desire to see, hear and speak no evil” (Judith Herman, 1992, quoted in van der Kolk, p.28) and have identified typical patterns and predictable apologies that emerge after every atrocity which reflect this desire. One needs only to review news articles and “Comment” sections on-line regarding the sexual abuse scandals in the Catholic Church and Penn State University, to name just two institutions that have been in the news, to see multiple examples of these tendencies.

The cairn is a symbol which announces to the passerby, “You are not alone! Others have been this way before you and marked the path so you won’t get lost. Follow the way and I’ll lead you to your destination.” At other times it has been a symbol of remembering someone, a marker like our modern gravestones that points to a life, a person who mattered to others. It is a symbol of remembering and reminds us to “remember to remember.”

My intent in writing these blog entries is first and foremost to honor and remember––remember patients that I have worked with, people that I never met but whose stories touched me in some way, family members and friends that have suffered along with victims of trauma, and those who try in ways both big and small to make a positive difference in the lives of others. Dr. van der Kolk’s words made quite an impact on me. I want to remember both what people have gone through and the strength and courage they have shown recovering from traumas and other wounds in their lives. By doing so and sharing what I have learned, I hope to honor them as well. If these entries provide something useful to even a few, it will be well worth the effort. As I write, I will of course keep people’s identities confidential. If I incorporate examples from my work, I will do so in ways that protect the identity of those involved.

A compassionate therapist who provides individual and group psychotherapy to adults; marital counseling; and supervisory services for other mental health professionals through his private practice, Integrative Psychotherapy. His work covers a broad spectrum of patient needs, including depression, anxiety, substance abuse, chronic pain, and domestic/sexual violence. Dr. Weiks is a member of the American Psychological Association, the Michigan Group Psychotherapy Society and is a training faculty member of The Radix Institute.